Fellow of the American Chemical Society 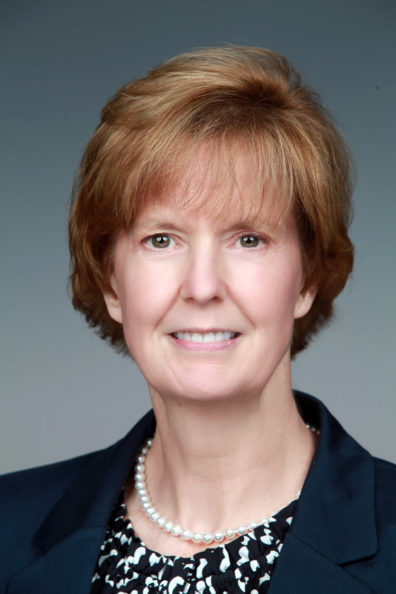 SUE B. CLARK, PhD is a Regents Distinguished Professor of Chemistry with tenure at Washington State University in Pullman, Washington and holds the position of Battelle Fellow in the Energy and Environment Directorate with Pacific Northwest National Laboratory. In this joint appointment, she leads a research effort focused on the chemistry and chemical engineering of processing nuclear materials. Her current research areas include chemistry of radioactive waste systems, environmental chemistry, actinide separations, and radioanalytical chemistry. Her research support includes grants and contracts from the U.S. Department of Defense, the U.S. Department of Homeland Security, the U.S. Nuclear Regulatory Commission, and the U.S. Department of Energy’s Office of Science and National Nuclear Security Administration.

She began her academic career at WSU in the Chemistry Department in 1996 as an Assistant Professor and served as Department Chair (Aug. 2005 – Dec. 2007). She also served as Interim Vice Chancellor for Academic Affairs at WSU’s Tri-Cities campus from Jan. 2008 – Aug. 2008, and Interim Dean of the College of Sciences (WSU system-wide) from July – Dec. 2010. Previously, she held an appointment to the U.S. Nuclear Waste Technical Review Board, appointed by President Barack Obama (2011-2014).

Professor Clark is a fellow of the American Association for the Advancement of Science (AAAS), the American Association for the Advancement of Science, Sigma Xi, the Scientific Research Society, the American Chemical Society (ACS), and is the 2012 recipient of the ACS’s Olin-Garvan Medal. She is also an elected member of the Washington State Academy of Sciences. She served as an elected member of the Governing Board for the U.S. Council for Chemical Research from 2009 to 2011. She also served on the National Academy’s Nuclear and Radiation Studies Board from 2004 to 2009, and was a member of many of the study committees established by the Board. She served on the Basic Energy Sciences Advisory Committee for the U.S. DOE (2003 – 2011), and has served as a consultant to Battelle Memorial Institute and the Helmholtz Association of German Research Centers. Professor Clark is involved in numerous national and international service activities. She has served as a consultant to the Nuclear Energy Agency of France, the Korean Atomic Energy Research Institute, and, again, the Battelle Memorial Institute. Prof. Clark has received several awards, including the Westinghouse Professorship (2000 to present), Ford Lecturer at Minnesota State University (2003) the Edward R. Meyer Distinguished Professor of Chemistry (1998 – 2000), the Young Faculty Achievement Award (1998-1999) in the College of Sciences at Washington State University.